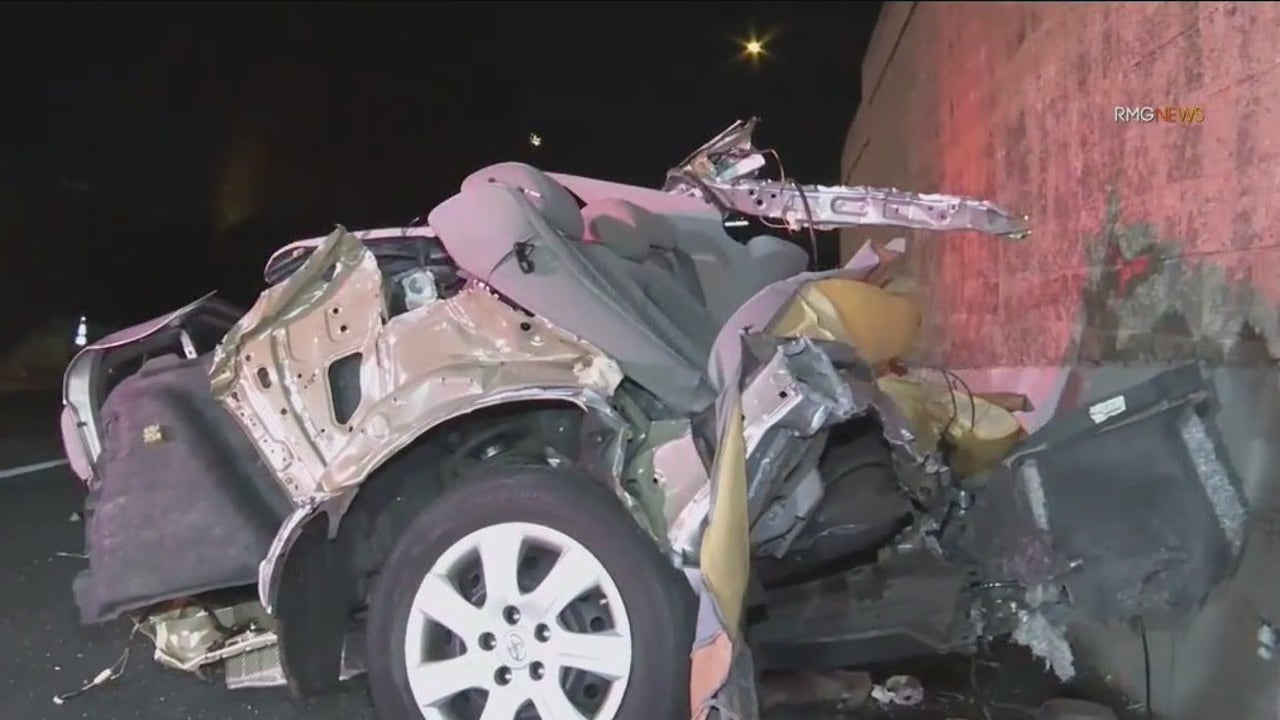 Woman killed in horrific accident on Highway 101 in Studio City

A woman has been killed and two people injured in a horrific accident on the 101 freeway in Studio City.

LOS ANGELES – A 20-year-old woman was killed in a gruesome collision that split her vehicle in half on the 101 freeway in Studio City overnight, police said.

California Highway Patrol investigators said around 2 a.m. the victim was heading south on Highway 101 and returning home from her boyfriend’s house in the San Fernando Valley. She began to merge into the eastbound lanes of Highway 134 when she realized she had to stay on 101. She tried to recover when she lost control of her vehicle and crashed. crashed into the center divider near the Tujunga Avenue exit ramp. The impact was so violent that his car was cut in half.

She was identified by the LA County Coroner’s Office as Sera Aintablian, of Pasadena. She was a student at UCLA.

The driver of a red SUV apparently did not see the wreckage and rammed into it, injuring the driver and passenger. The condition of those injured in the second accident is unknown.

A photojournalist who arrived on the scene performed CPR on Aintablian before paramedics arrived. She was pronounced dead at the scene.

Get your best stories delivered daily! Sign up for FOX 11 Fast 5 Newsletter. And get news alerts in the FOX 11 News app. Download for iOS or Android.

Moments after the initial crash, Aintablian’s boyfriend and his parents arrived at the gruesome scene. They told CHP investigators it normally took her 20 minutes to get home, and they grew concerned after she did not return their calls. So they started to follow her way home.

The victim’s boyfriend was visibly distraught upon seeing pieces of the car strewn across the highway.

“It’s never easy. I mean, that’s the top 10 hated things I have to do in this job,” said CHP Sgt. said Steve Geraty.