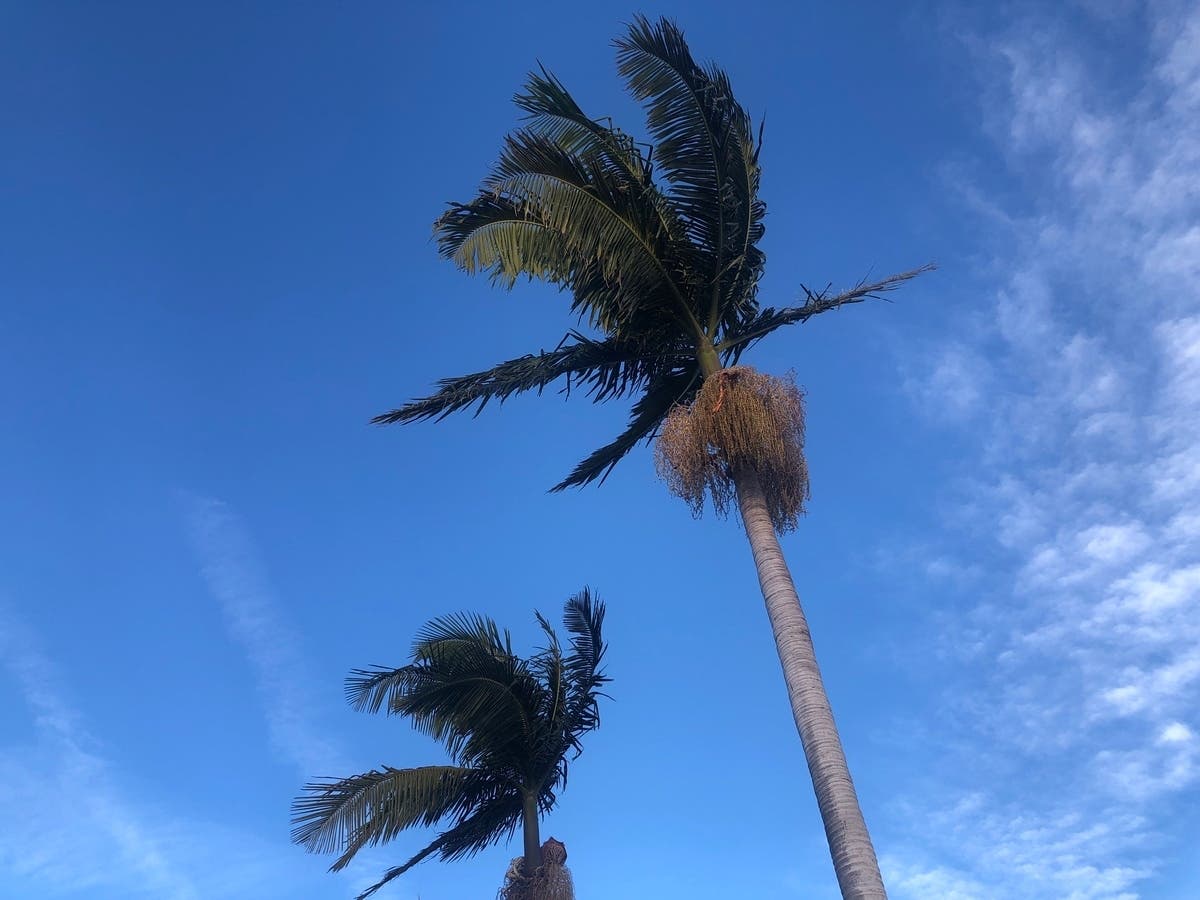 STUDIO CITY, CA – Gusty winds battered Studio City and much of Southland on Tuesday, putting motorists on edge due to blowing debris and contributing to potentially unhealthy air quality due to blowing dust .

The South Coast Air Quality Management District has issued a dust advisory that will be in effect until 3 p.m. for Coastal and Central Los Angeles County and the Santa Clarita, San Fernando and San Gabriel. The AQMD has warned that high winds and dry conditions can cause air quality levels ranging from moderate to unhealthy for sensitive groups.

“Air quality can vary from hour to hour and by location depending on wind conditions,” according to the agency. “The South Coast AQMD encourages those in direct impact areas to limit exposure by staying indoors with windows and doors closed and avoiding vigorous physical activity.”

Dust blowing can also cause poor visibility for motorists.

Overnight, wind gusts exceeded 50mph at Lake Castaic, reached 46mph at Saugus and gusted to nearly 40mph in areas such as Newhall. A 70mph gust was recorded in the Sandberg area of ​​the Los Angeles County mountains, while Warm Springs saw 60mph gusts, according to the NWS.

Even coastal areas such as Santa Monica and San Pedro recorded gusts at or near 40 mph early Tuesday morning.

In West Hollywood, a large tree was blown over and fell between two homes in the 8800 block of Ranley Avenue, according to the Los Angeles County Sheriff’s Department. No injuries were reported.

CBS2 reported that another tree fell in Culver City, damaging the roof of a two-story home but causing no injuries.

The National Weather Service issued a severe wind warning that was in effect overnight in the mountains of Los Angeles County and the Santa Clarita Valley. As of 10 a.m. Tuesday, those warnings were downgraded to wind advisories which will remain in place until Wednesday morning.

Wind advisories that were in effect overnight for the San Gabriel Valley, Malibu Coast, Santa Monica Mountains, County Beaches, San Fernando Valley, and the Inner Coast including Downtown of Los Angeles, were allowed to expire at 10 a.m. as wind speeds began to decrease.

NWS forecasters said gusts will continue through Wednesday in Studio City, where gusts of up to 20 mph are forecast.

“Gusty northwest winds will continue well into the middle of the week in parts of the region,” according to the NWS. “Temperatures will be lower than normal until the middle of the week, then it will be a little warmer for the end of the working week. There is a slight chance of showers in the northern regions from Friday to Saturday with a cooling trend. Then becoming warmer early next week.”