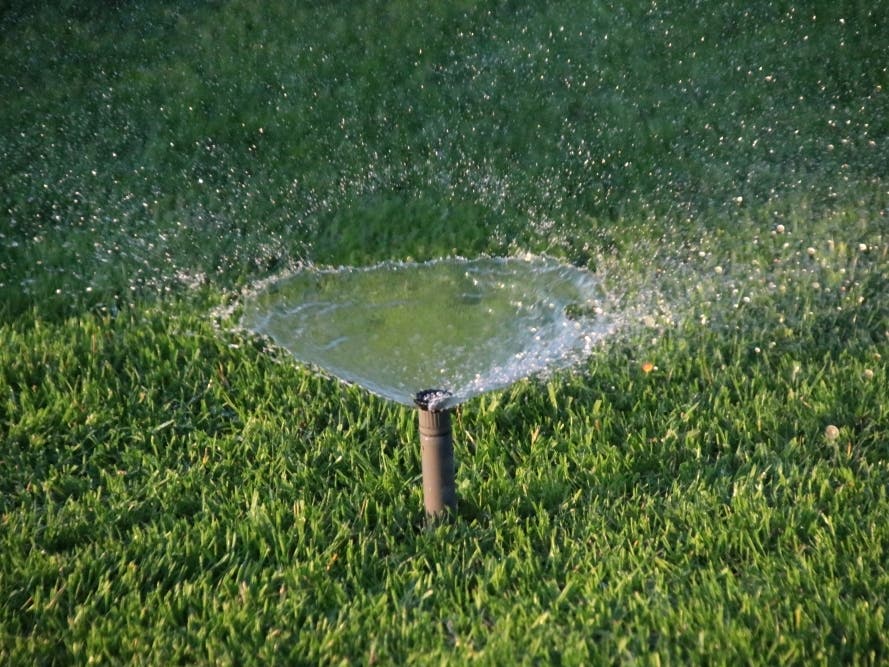 STUDIO CITY, CA – The browning of Studio City lawns begins in earnest Wednesday as unprecedented water restrictions go into effect in Los Angeles, Ventura and San Bernardino counties. Millions of Southlanders will be limited to outdoor watering one to two days a week throughout the summer.

In Studio City, where outdoor watering is now limited to two days a week, residents will have little time to adjust to the routine before being hit with a series of escalating fines.

The restrictions, approved by a 13-0 city council vote after being announced by Mayor Eric Garcetti, are more lenient than the one-day limit earlier ordered by Southern California’s Metropolitan Water District for areas that depend on water from the State Water Project.

“We were given two lanes…and we chose lane two, to go with a budgeted volumetric limit for the City of Los Angeles. Whereas most other agencies affected by this need to limit their outdoor watering to one day for comply, we believe that in the city of LA we can comply with watering two days a week, and it is thanks to the tireless efforts of our customers to make conservation a way of life here in Los Angeles,” David Pettijohn, director of water resources for the Los Angeles Department of Water and Power, told the City Council last week

The city also urged residents with swimming pools to use pool covers to reduce the risk of evaporation and called on people to wash their vehicles only at commercial car wash facilities.

The city’s water restrictions will be enforced by the Conservation Response Unit, which will focus on areas that use the most water, according to DWP chief executive and chief engineer Marty Adams. He said the department will reassign employees to provide coverage in all areas of the city and may hire additional staff over the summer.

“Beyond that, we have the ability to put rate limiters for people to use if they’re reluctant and non-compliant, and we also have the ultimate ability to terminate the service if someone only violates the order,” Pettijohn said.

Adams said the department had issued “very few fines in past droughts,” adding that people were generally happy to comply with the restrictions. Over the past four years, the department has issued 552 citations, of which only 15 resulted in fines, according to Pettijohn.

Meanwhile, many people outside of Los Angeles are limited to one day a week of watering starting Wednesday, as announced by the MWD on April 26. This restriction will apply to district member agencies that rely heavily on supplies from the State Water Project, but the agency has called on all Southern California residents and businesses to reduce their water use by 30% to combat the drought conditions “unlike anything we’ve experienced before”.

MWD member agencies that fail to meet the requirement with their clients will face fines of up to $2,000 per acre-foot of water supplied by MWD that exceeds the monthly allowance limits.

The National Water Resources Board of Control voted last week to ban the watering of non-functioning lawns in commercial, industrial and institutional properties.

The ban – which does not include turf in residences or turf used for recreational or community purposes – will come into effect once approved by the Office of Administrative Law, which usually takes about 10 days, according to the council. Violations would result in a fine of up to $500.

In recent months, the DWP has been urging customers to take advantage of its rebates to make water conservation transitions less expensive, including for people replacing their lawns with durable, drought-tolerant landscaping. Residential and commercial customers can get $3 per square foot of sod up to 5,000 square feet, and government agencies can get $4 per square foot up to 200,000 square feet of sod. The agency also gives a $6 discount for rotating sprinkler nozzles.

According to the DWP, the most efficient appliances can reduce water usage by more than 11,000 gallons per year. Rebate-eligible toilets use approximately 30% less water than standard models.

DWP commercial customers can receive $300 rebates for low-flow toilets, which previously had a $250 rebate. Bathroom and kitchen faucet aerators and high-efficiency showerheads are available free of charge.

Owners of multi-family, commercial and industrial buildings who install large-scale water conservation systems can also receive a $2 million incentive, which was increased earlier this year by $250,000. The Technical Assistance Program incentive is available for pre-approved cooling towers, recirculating systems, recycling microfiltration systems, and other upgrades that reduce potable water consumption by at least 50,000 gallons over two years.

More information is available at https://bit.ly/3wjPxo9.

In recent weeks, officials have also tried to stress the need to protect Los Angeles trees during drought and restrictions, noting that they provide significant health and quality of life benefits.

Trees can capture rainwater, improve water quality and reduce the risk of flooding, while improving air quality and the impact of heat waves.

“Trees provide so many benefits to the quality of life and our environment,” Public Works Board Chairwoman Aura Garcia said last week. “But as we navigate this time to reduce water use in a variety of ways, we want to share this important information for residents to help maintain and preserve trees in their yards, while conserving water. “

The Department of Public Works has urged people to add mulch to their trees and slowly soak their mature trees once a month, especially between June and September. People should also keep a close eye on trees that were used to getting water three times a week.

People should also avoid pruning and fertilizing their trees during hot, dry months, the department said.