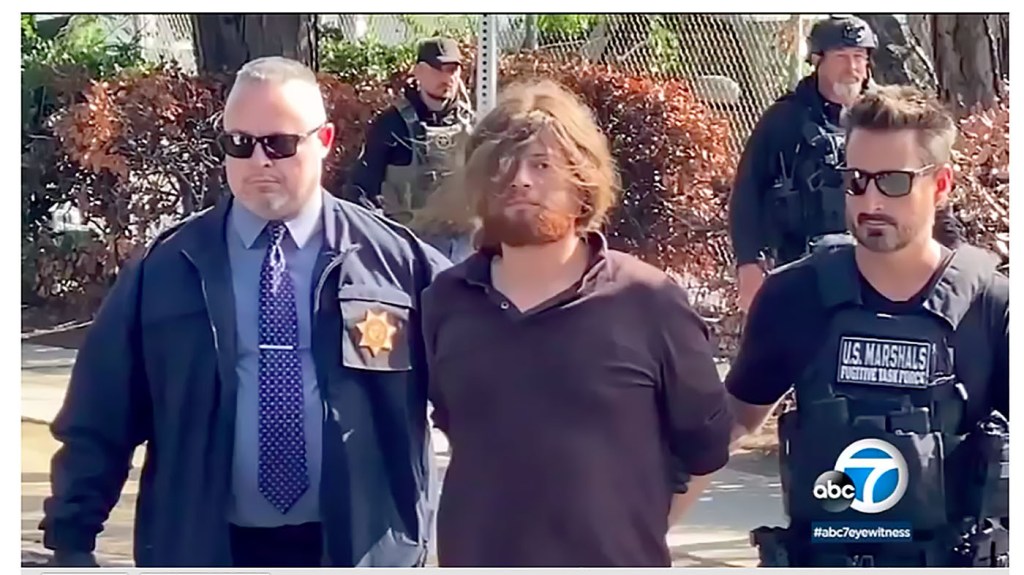 VAN NUYS — A Van Nuys man who allegedly shot a California Highway Patrol officer multiple times during an altercation at a traffic stop in Studio City was charged Thursday with attempted murder of a peace officer.

Pejhmaun Iraj Khosroabadi, 33, is set to stand trial Thursday in a Van Nuys courtroom for the charge, which includes an allegation that he used a firearm causing grievous bodily harm, according to the office of the Los Angeles County District Attorney.

The shooting happened just before 7:55 p.m. Monday on the 4500 block of Laurel Canyon Boulevard in Studio City, one block south of the 101 freeway, according to the Los Angeles Police Department.

The 27-year-old officer, who has less than a year of service at the CHP, was hospitalized in serious but stable condition and is expected to recover, according to the agency.

Police searched the area for a white Ford Fusion with Oregon plates in connection with the shooting, KCAL9 reported. Police then found a Fusion outside the apartment complex that matched the description.

A 4-year-old sleuth with the LAPD’s K-9 unit tracked Khosroabadi to a tent at a homeless encampment at Gloria Avenue and Cantlay Street where he had been hiding, according to reports from the scene.

Piper, the LAPD dog, tracked the scent of Khosroabadi from an apartment building on Haskell Avenue where a confrontation involving SWAT officers occurred early Tuesday morning.

Khosroabadi was being held in lieu of $10 million bail, according to prison records.

In a statement announcing the filing of the case, District Attorney George Gascón said, “We cannot tolerate violence against any member of our community, especially the brave people who put their lives on the line every day to protect us. . As a former police officer, I know the dangers of police work and the many sacrifices made by law enforcement and their families.

The county’s top prosecutor – who is facing a recall effort – said he allowed the attempted murder charge with a gun upgrade that could result in a 40-year to life sentence to be filed for Khosroabadi if found guilty.

Gascón said he believed the case was “proper” for the man charged in the “horrifying shooting of a CHP officer”.

Khosroabadi’s family said he was a United States Marine Corps veteran who fought in Afghanistan and suffered from post-traumatic stress disorder.

“When he came back he was so traumatized,” said Shamaya Shayesteh, a cousin of Khosroabadi.

His brother, Robert Thompson-Khosroabadi, said Khosroabadi recently lost two members of his unit to suicide and the family had been trying to get him psychological counseling for months.

Five members of his unit were killed in action, which affected him deeply, family members said.