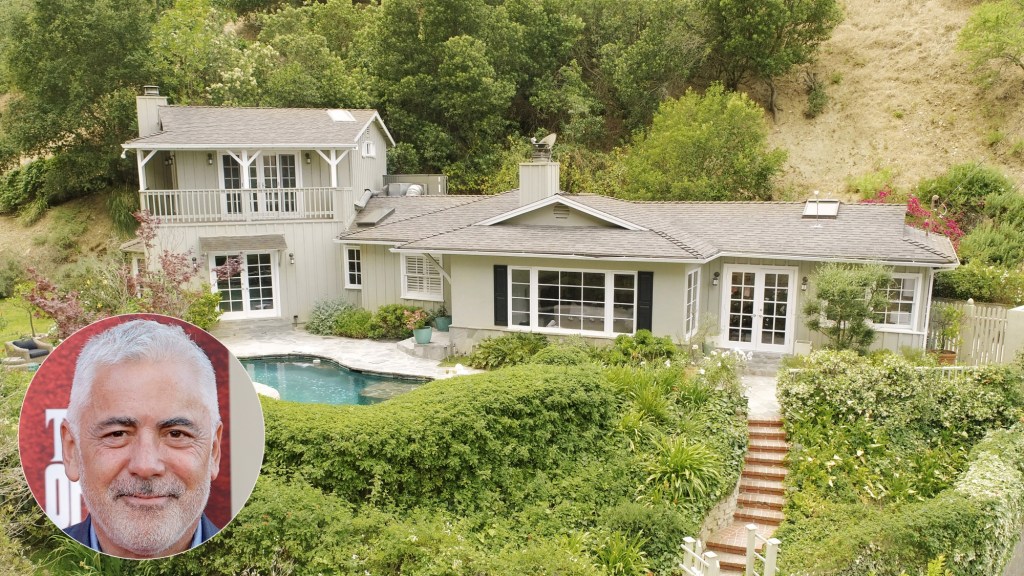 Up for grabs for $2.35 million is a 1956 Studio City home owned by actor and filmmaker Adam Arkin, director of Paramount Plus’ “The Offer.”

Arkin, 65, bought the 2,199-square-foot, three-bedroom home nestled on more than an acre in Coldwater Canyon in December 1997 for $740,000, property records show. He restored it over the years.

The home has a light and airy interior with an open floor plan in soft neutral tones and an abundance of windows. It combines the family room and dining room with the kitchen whose white countertops, tiled backsplash and stainless steel appliances wrap around a central blue island with a white countertop.

There is a formal living room.

The plot also has a swimming pool and spa surrounded by a manicured garden with lemon trees and roses.

Arkin has appeared on stage and on screen. He is known for the role of Dr. Aaron Shutt in CBS’ “Chicago Hope” (1994-2000). He has also directed various TV show episodes, including the final two episodes of Season 2 of “Fargo” (2015) based on the Joel and Ethan Coen film of the same name. He directs “The Offer” based on film producer Albert Ruddy’s behind-the-scenes experience to bring Mario Puzo’s best-selling crime novel to the big screen.

“The Offer” stars Miles Teller as Ruddy, Dan Fogler as Coppola and Patrick Gallo as Puzo. It airs new episodes Thursdays on Paramount Plus.