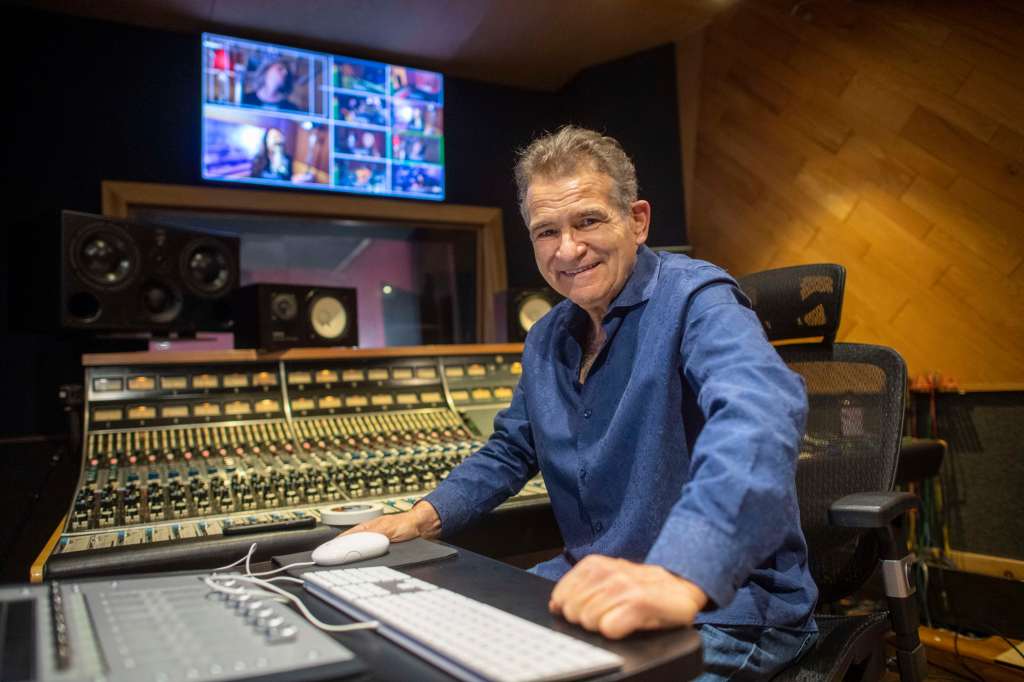 When your recording studio has hosted artists like Rod Stewart, Maroon Five and Kelly Clarkson, Halsey, No Doubt and The Strokes, you must be doing something right.

This has clearly been the case for Studio City Sound, a Studio City company owned and operated by Grammy-winning mixer Tom Weir. With three individual recording studios and an array of mixers, compressors, echo units and other gear worth around $1 million, this operation can accommodate everything from folk, from blues and gospel to pop, heavy metal and grunge.

The 3,500 square foot studio was established in March 2002, but its pedigree runs deeper. The facility is located on the site of the former Fidelity Studios, which hosted legendary artists such as Michael Jackson, Billy Joel and the Steve Miller Band.

“We were closed for about three months during the pandemic, although before that we had been open seven days a week since March 2002,” he said.

Weir said he filled the void with online mixes, radio shows and drum sessions. The studios opened at reduced capacity and hours at the end of June.

We caught up with Weir to see how things have changed at Studio City Sound.

Q: The studio has been offering live streaming since 2010, but now you’re living a lot more on streaming amid the health crisis. What types of clients use the studio to broadcast live, and has that helped keep things afloat at Studio City Sound?

A: Since April, we’ve been live streaming Sunday Masses for St. Charles Borromeo Church in North Hollywood, and we’ve also been streaming Holy Day services at the Pico Union Project. We used our setup to live stream a concert for the Epilepsy Foundation of America, featuring members of Devo, and we did a four-artist showcase with HeadCount and BMI.

Q: Can you explain how live streaming works?

A: Depending on the number of people in the group, each member performs in one of our studios, control rooms or salons. We have a camera in each room, as well as a video monitor, so the artist can see everyone participating in the performance and can hear them through headphones. Each person has their own monitor mixer.

The outputs from the cameras are sent to our video mixer in the video control room along with the full show audio mix from the Studio A control room. Our director can choose which shots will be broadcast. The switched video and audio mix is ​​sent to our streaming devices with the streaming software which we send to the various video platforms (YouTube, Facebook, Instagram, Stageit) for broadcast.

Q: How many rooms are used for livestreamed events?

A: We have up to eight separate rooms which can be used for our live events.

Q: What kinds of security measures are in place for musicians who want to record or broadcast live at the studio?

A: We systematically disinfect studios, surfaces and toilets. We ask all members to fill out a COVID form and we require everyone to wear masks. We check the temperatures when they arrive and also get their contact details. We do not allow any gatherings in common areas and ask members to meet or talk outside, if necessary. We ask artists to bring their own headphones and some even bring their own microphones.

Q: When you look at the recording industry as a whole, how badly do you think it has been affected by the COVID-19 pandemic?

A: I think COVID-19 has been a huge success for the recording industry. Before the pandemic, over 60% of our business came from major labels, and now it’s around 10%. Our live stream was 5% pre-COVID and now represents over 50% of our business as artists and bands cannot perform live safely at this time. The pandemic has been a disaster for the music industry, concert halls, artists and all touring support.

1. Won a Grammy for mixing Toots and the Maytals’ album “True Love,” which won Best Reggae Album of 2004

2. Produced, recorded and mixed his brother Michael Damian’s number one hit “Rock On” in his family garage in Calabasas

3. I played drums in my family band, The Weirz and produced music videos for the band

4. Dad bought me a Sony TC 630 2-track tape recorder in 8th grade and that’s when I started recording

5. Co-wrote some songs and produced, recorded and mixed music for the classic 80s movie, “Teen Witch”.