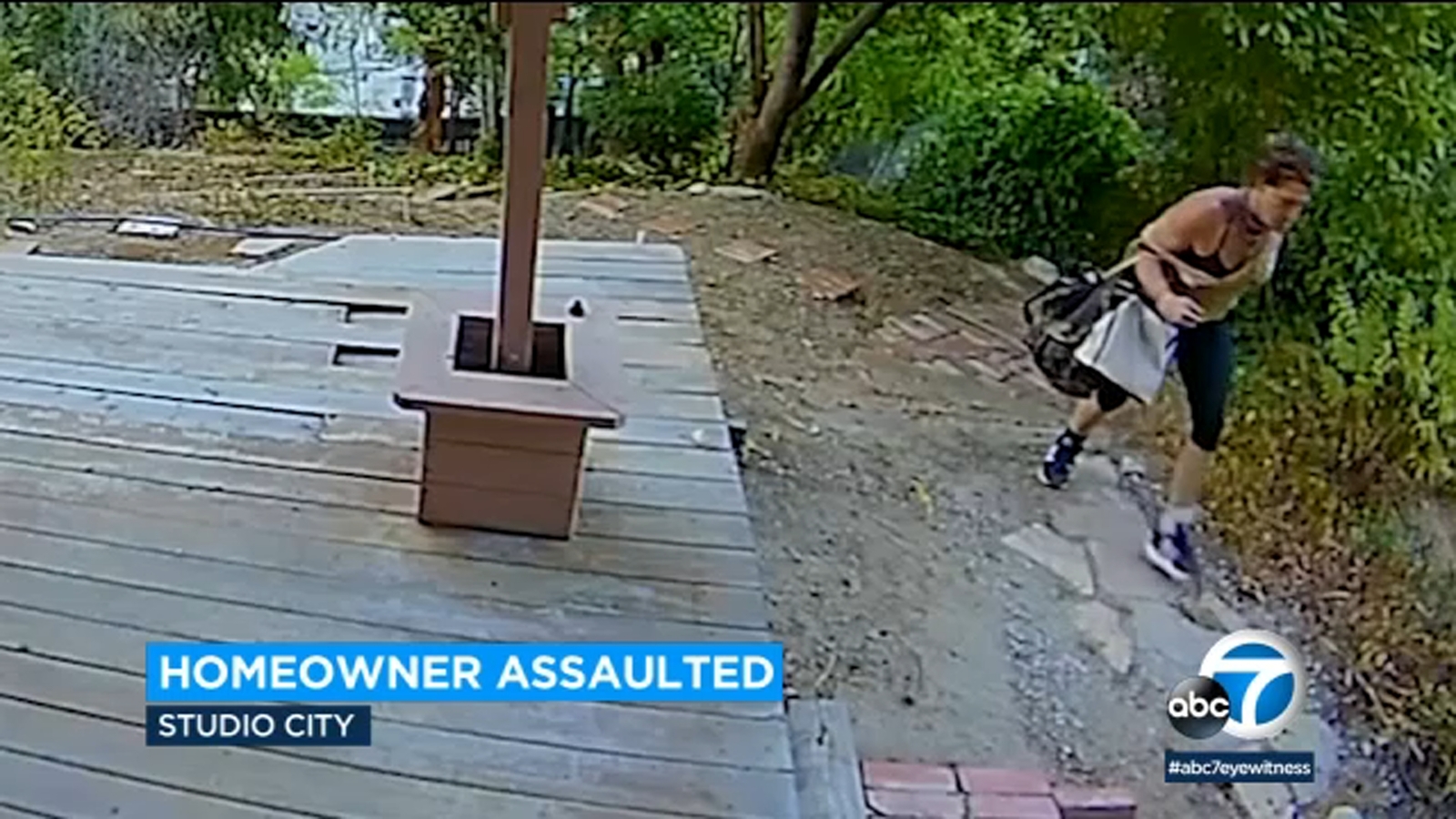 STUDIO CITY, LOS ANGELES (KABC) — A Studio City man is recovering from serious injuries after being assaulted during a confrontation with two homeless people, and his wife is now demanding justice.

“I’m saddened, I’m outraged, I think it’s gotten out of hand,” Cecilia Guile said. “To have it on your own property and not be able to feel safe.”

Guile said two homeless men set up a shelter in the embankment just below their home in the hills of Studio City on Wednesday. On Friday, Guile’s husband tried to get them to move out.

She said he offered to help them get help from the city, but it angered a man and Guile’s husband was attacked.

Guile said the man “just tried to ram a huge metal pole into his back”.

Ring camera security footage captured one of the men sneaking into the backyard after allegedly assaulting the landlord.

“He had a fractured shoulder blade, then 3 broken posterior ribs and a collapsed lung,” Guile said, describing her husband’s injuries.

The police made no arrests. Meanwhile, Guile has been giving alms to neighbors to try to find the man who attacked her husband.

“It’s attempted murder. The severity of my husband’s injuries,” she said. “They just shouldn’t be out, I mean one of them is violent so I would like to see them charged criminally.”

Neighbors in this neighborhood say they want the police to do more.

“I just want to feel safe, have my rights respected, be able to go home and feel safe,” Guile said.

Since the incident last week, property owners in the area said they had recently put up signs in the area so anyone who trespasses can be arrested.