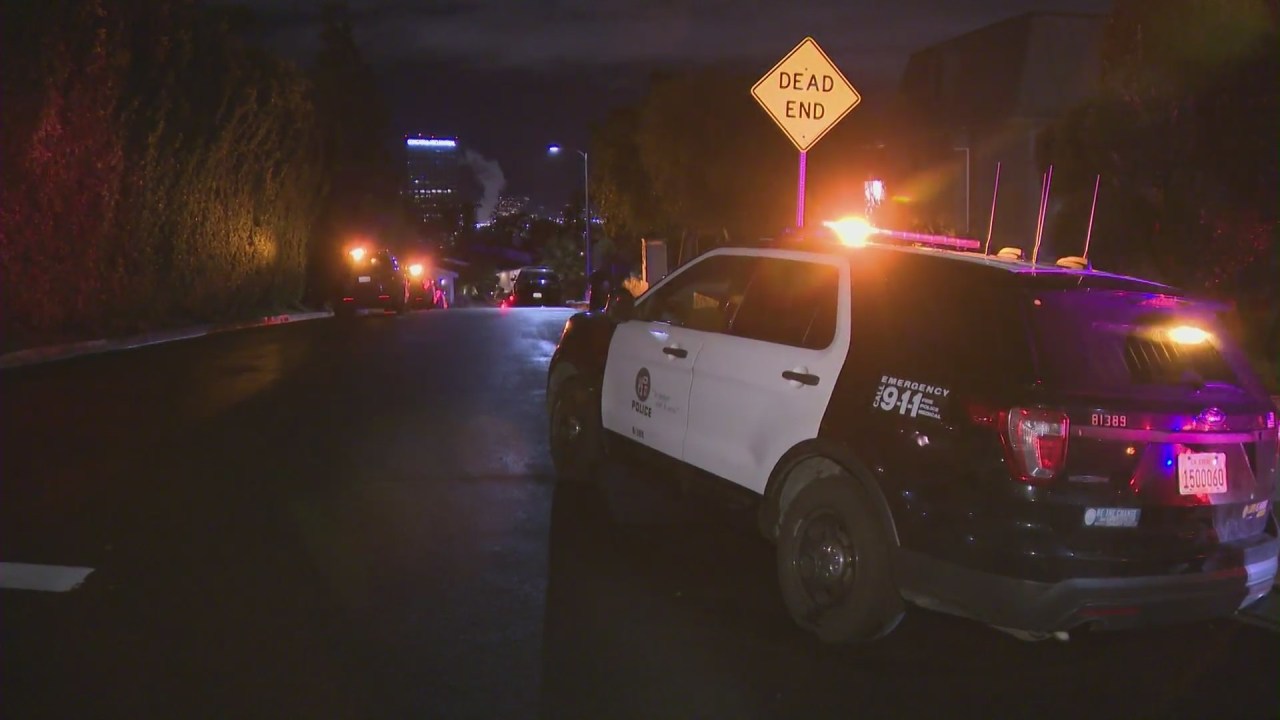 Police are looking for four to five burglars who beat a man Thursday night before ransacking the home where his bedridden child was being cared for in Studio City.

The incident was reported around 7:30 p.m. at a house in the 10800 block of Alta View Drive, near Mulholland Drive.

The man went to take out his trash when he was confronted at gunpoint by four to five masked men in the driveway, Los Angeles Police Department Detective Todd Holmberg said.

The victim was then beaten and taken back to the house.

Three other people were inside the home, including two caretakers and the man’s child, who is bedridden, Holmberg said.

“They put flexible handcuffs on them and then they ransacked the place,” Holmberg said.

The suspects, described only as men, then fled the house through a back door and reportedly drove off in two Hyundai vehicles.

The first victim was hospitalized with bruises to his face and body, but is expected to be fine.

Holmberg said the victim did not know the intruders.

Anyone with information is asked to contact the LAPD or call Crime Stoppers at 800-222-8477 to remain anonymous.