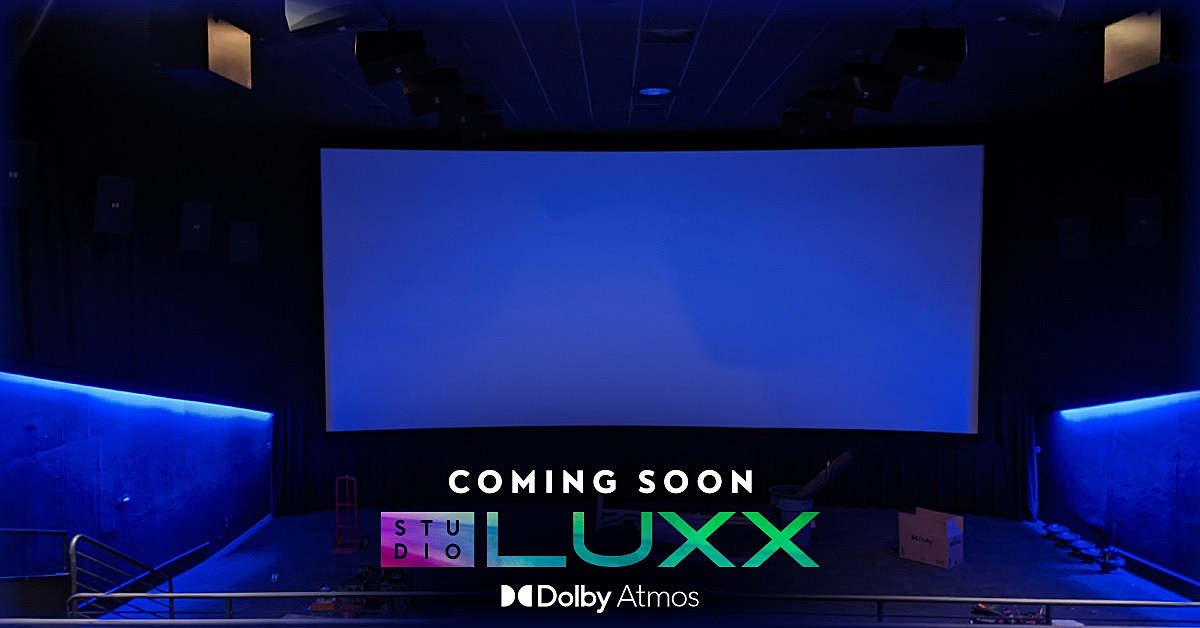 Studio City East and Studio City Mesa are hard at work building new high-end luxury auditoriums at both theaters and they are nearing completion.

On September 19, WyoMovies released an update on cinemas, with photos detailing the progress of auditoriums.

“Walls are now completely black,” WyoMovies wrote. “Next up is black floor mats, followed by black – wait – HEATED SEATS! (Black walls, floor and seats help improve the contrast of the 4K laser projection.) Dolby Atmos speakers also been installed, with a whopping 52 CHANNELS OF SOUND, including TEN SUBWOOFERS. This is the most channels we have ever had in any of our Atmos auditoriums.”

The sound will be crisp, clear and LOUD! But it’s not just the display and speakers that get an upgrade. So are the seats.

On October 6, WyoMovies released another update, making residents even more excited for what’s to come.

“Studio East’s new Studio LUXX auditorium is making great progress! (Mesa isn’t too far behind.),” WyoMovies wrote. “This auditorium has a whopping 50 CHANNELS of Dolby Atmos sound installed, and we’re gearing up for new heated recliners – perfect for Wyoming winter movies. This new experience is opening soon – are you ready?”

There’s nothing quite like watching a movie on the big screen, with big sound, while you’re blanketed and snug in the seats, while silent snow is falling outside. We’re already counting down to the days when we can watch classic Christmas movies in Studio City.

Big things are coming to Casper’s movie theaters, and WyoMovies is even expanding its movie selection. The Powers That Be are stepping out of their comfort zone a bit, showing movies like indie horror Terrifier 2.

Their Flashback Cinema program has proven to be a hit, screening classic films such as The Lord of the Rings trilogy, Back to the Future, Batman, and a host of seasonal favorites such as Halloween, The Thing, A Nightmare on Elm Street , and more!

And, to top it off, Studio City is also serving beer in their theaters now, so, really, there’s no reason why you shouldn’t see movies all the time (except, maybe, the cost of concessions, but this has been a problem for years). WyoMovies is pulling out all the stops this year, and these new luxury auditoriums are sure to pack theaters for years to come.

Top 23 Best Places to Get a Burger in Casper

2022-10-11
Previous Post: How to Set Up a Complete Video-Enabled Studio Setup for Under $3,000
Next Post: Reformation comes to Studio City in Los Angeles with its sixth store – WWD