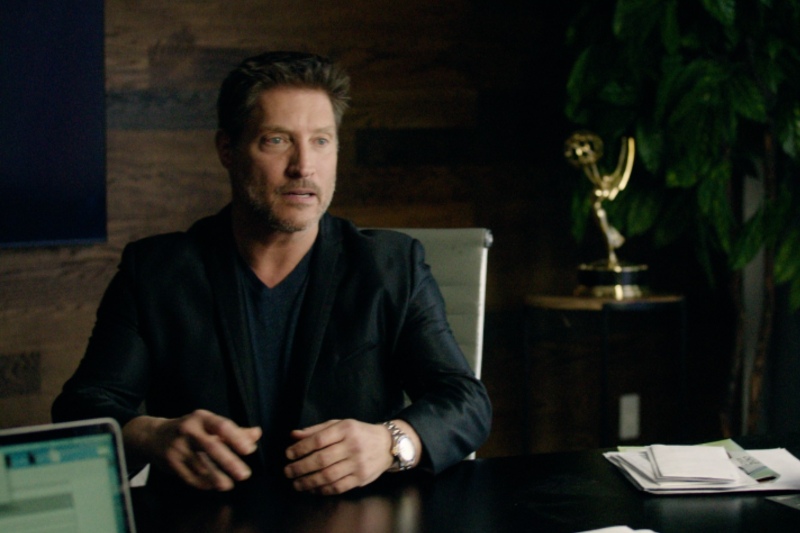 Review: Sean Kanan outdoes himself with season 2 of “Studio City”

Emmy-winning filmmaker Sean Kanan is outdoing himself as an actor, writer, and executive producer with Season 2 of “Studio City,” which recently premiered on Amazon Prime Video.

In this high-adrenaline season, we see his character, Sam Stevens, face many challenges including his stepfather Doc (Tristan Rogers) in the hospital battling cancer, Sam battles ageism at work, he’s still at odds with executive producer Gloria Winton (Carolyn Hennesy), meets her feisty new publicist Becky Pope (Lilly Melgar), clashes with “Maximum Velocity 2” producer Dennis (Will Roberts), and has an intense relationship with Delilah (played by Juliet Vega), the girl who pretends to be his daughter, among other obstacles.

He keeps the audience on the edge of their seat the entire time and manages to hold their attention with the show’s strong and resonant songwriting.

Sean Kanan consistently proves he’s one of the hardest working and most underrated actors of our time, and “Studio City” Season 2 is a substantial indication of that. This bolder second season is worth more than just a glance, and Kanan’s acting work and the digital series itself should be considered for Emmy 2022 recognition.

Additionally, Sean Kanan also stars as Deacon Sharpe in the popular CBS daytime drama “The Bold and The Beautiful.”