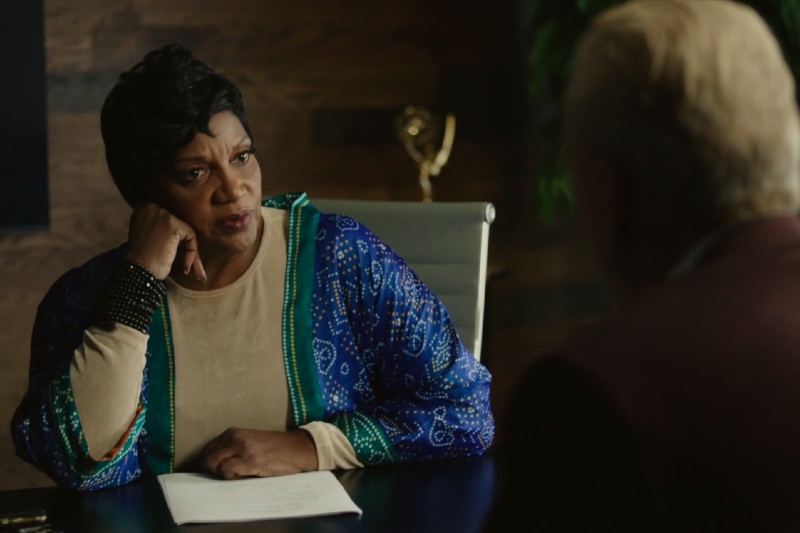 She reprized her role as Jolene Hernandez, and she has some great scenes opposite Will Roberts (who plays the movie’s director Dennis) that she just nailed, which isn’t a surprise. Roberts’ acting performance was hailed as “imposing” in its own right.

Jolene tells Dennis he needs to hire a more ethnically diverse cast of actors for their movie “Maximum Velocity 2”, and they also talk about Sam Stevens (played by Emmy winner Sean Kanan).

Horsford is known in the daytime theater world for her acting work on the popular CBS soap opera “The Bold and The Beautiful,” where she played the character Vivian Avant. She earned two Emmy nominations for her portrayal of Vivian Avent in 2016 and 2017 respectively.

Season 2 of “Studio City” was directed by Timothy Woodward, Jr. The second season is available now on Amazon Prime Video by clicking here, and it consists of six episodes.