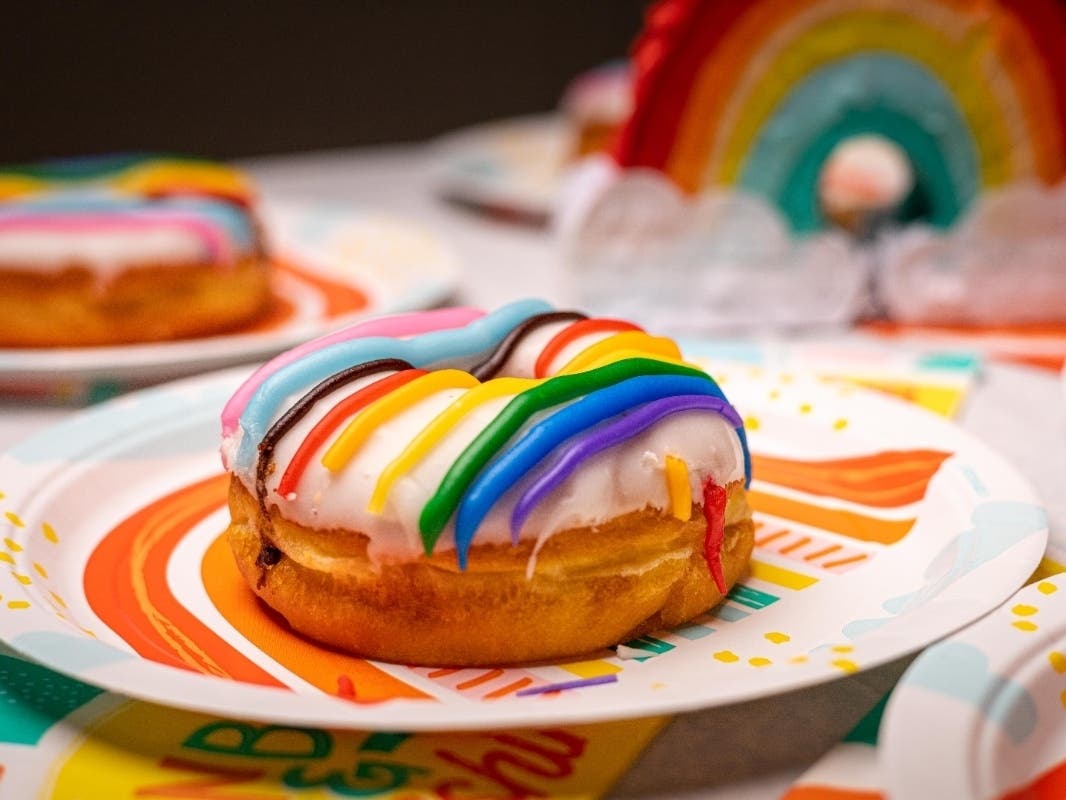 BURBANK, Calif. — Randy’s Donuts, a 70-year-old Los Angeles icon with a giant rooftop donut at its original location in Inglewood, is expanding with its first San Fernando Valley store in Burbank.

Opening Wednesday, June 1 on North Hollywood Way, the business will celebrate its grand opening with a DJ, an 11 a.m. ribbon cutting with the Burbank Chamber of Commerce, and free elevated glazed donuts for all from 6 a.m. to 12 p.m.

Follow that up on Friday, June 3 with a National Donut Day giveaway: a free classic donut for customers from 6 a.m. to 12 p.m., and no purchase necessary.

Additionally, Randy’s Donuts will mark Pride Month in June with its “Pride Flag Donut,” at $3.35 each, with a percentage of proceeds going to LGBTQ centers in Los Angeles and Orange County, officials said. company officials. The Pride donuts are scheduled to arrive at the Burbank store the second week of June.

“We are thrilled to bring the world’s most famous donuts to the media capital of the world, just minutes from Burbank Airport,” said Burbank franchisee Panos Grivakis. “Just like Inglewood and LAX, people traveling to and from Burbank, and everyone in the San Fernando Valley, can shop Southern California’s most iconic donuts any day of the week.”

The original Randy’s Donuts opened in 1952 in Inglewood on West Manchester Boulevard and has become an iconic landmark for film/TV shoots and sightseeing stops with its 32ft donut on the roof.

“Our fans come for the photo ops, but stay for the best donuts they’ve ever tasted,” the company said.

Randy’s serves over 60 varieties of classic, deluxe, fancy, and premium donuts, most under $2, as well as “Randy’s Rounds,” a larger version of a donut hole. Also on the menu is Randy’s Roast signature coffee blend, espressos, cold brews, frozen drinks and Frappes.

IN OTHER RESTORATION NEWS: