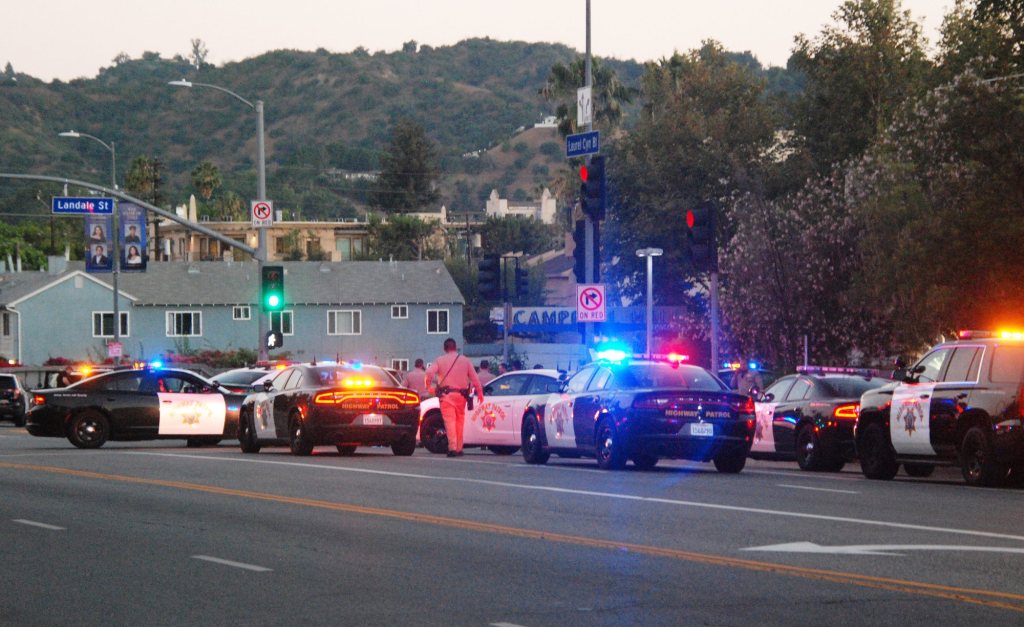 A California Highway Patrol officer shot dead during a traffic stop in Studio City on Monday remained hospitalized on Wednesday, June 15, but is expected to recover.

The injured officer was listed in “critical but stable” condition, CHP officer Ramberto Salcido said. It is not immediately clear how long it will be before he is allowed to return home.

The officer is a 27-year-old man who has worked at the department for about a year, Salcido said. He had stopped a white Ford Fusion with Oregon plates on Laurel Canyon Boulevard, just south of the 101 freeway, around 8 p.m. Monday.

The driver of the car, Pejhmaun Khosroabadi, 33, fought with the officer. Shots rang out.

The policeman was hit several times. Khosroabadi, a veteran who served as a Marine in Afghanistan, was injured in the hand and then fled to his apartment in Van Nuys. Bloodhounds followed his scent from there to a tent at a nearby homeless encampment, where he was taken into custody on Tuesday.

Meanwhile, the injured officer underwent surgery and was recovering on Wednesday. He received an outpouring of support from the community, Salcido said.

“Since the shooting, people have been laying flowers at the (CHP’s) West Valley office,” Salcido said.