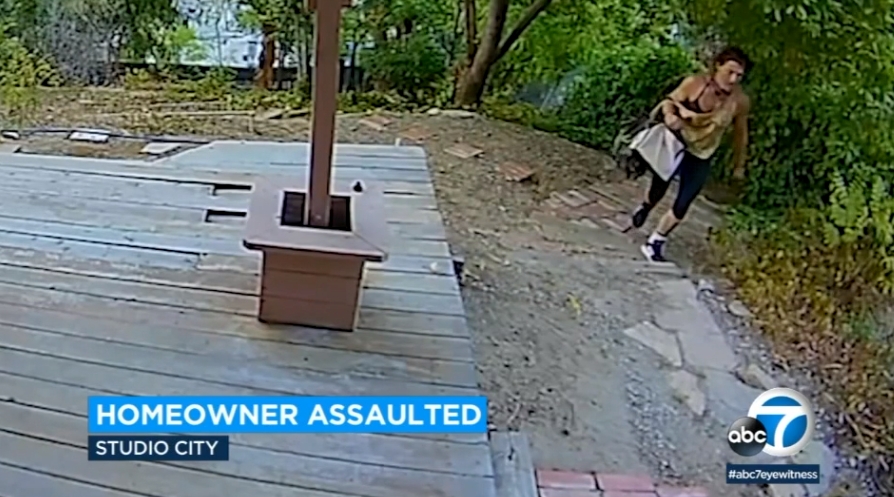 STUDIO CITY — A homeless man on parole with multiple felony convictions suspected of assaulting a landlord in Studio City was in police custody Wednesday.

Torres is accused of hitting a landlord in the back with a metal pole after the victim asked the suspect and another homeless man to leave after they were discovered camping without permission on the landlord’s property on Friday on the 11,500 block of Sunshine Terrace near Laurel Canyon Boulevard, police said.

The suspect and the second man left the scene, but a neighbor who heard the attack called 911 and took pictures of the suspect, who was wearing women’s clothing. Officers responding to the scene obtained video surveillance of the suspect, which later aided in his arrest.

This video was broadcast by several television networks, including ABC 7.

A community alert was generated with the help of the victim’s wife and a series of flyers with Torres’ photo were distributed to the public. A neighborhood resident who was biking along the Los Angeles River Walking Path had seen the flyer and thought he saw Torres camping along the river. He called the police and officers arrived and took Torres into custody.

Torres was convicted of assault with a deadly weapon while on a no-bail parole warrant.

Anyone with information about this case has been asked to call North Hollywood Division Detectives at 818-754-8412. After hours or on weekends, calls should be made to 1-877-527-3247. Anonymous tips can be called to Crime Stoppers at 800-222-8477 or submitted online at lacrimestoppers.org.