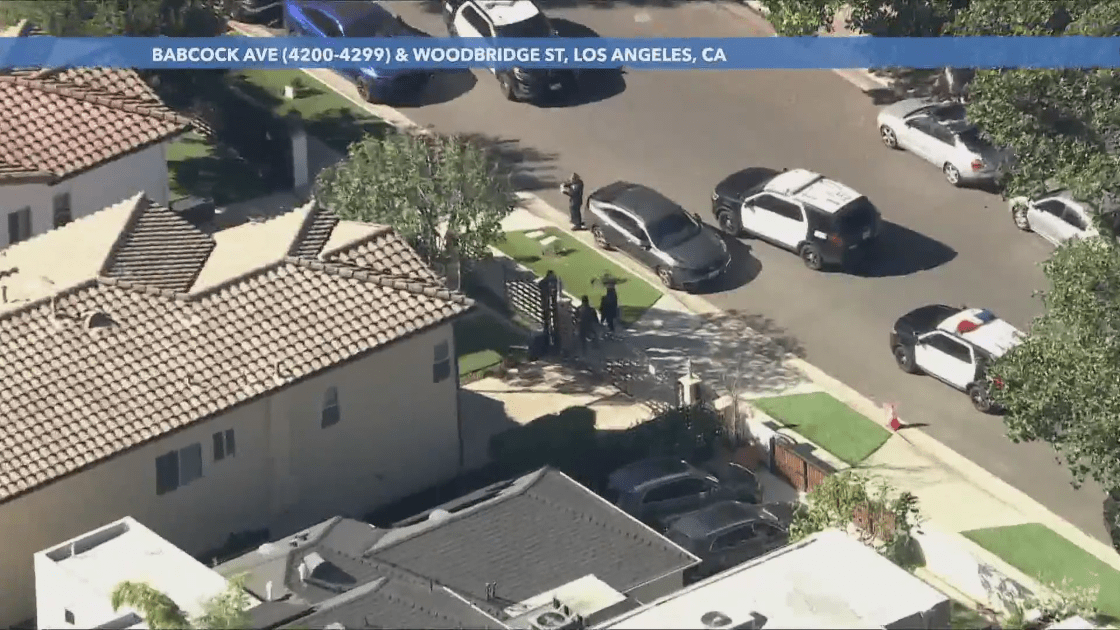 Two men are wanted in connection with an armed home invasion in Studio City on Monday morning, police said.

The incident happened around 8:30 a.m. along the 4200 block of Babcock Avenue.

According to the Los Angeles Police Department, two men entered the house and later fled in a silver BMW 5 Series with a paper license plate reading “peaceful.”

A neighbor told KTLA that a resident was going to a doctor’s appointment down the street when the two men broke into his Tesla, found keys in his cup holder, opened the trunk and found an Amazon package with his address on it.

The men then allegedly went to the house, used the house key to enter and were surprised by the victim’s husband and their dog, according to the neighbor. None of the residents were injured.

The men then fled, jumped over the fence and took off in the BMW, the neighbor said.

The house has several surveillance cameras in the front.

“Sometimes suspects target this because they know that if there is a lot of security there must be something worth protecting,” said officer Manuel Sierra.

Both men were only described as being bald and wearing masks.

Detectives remained at the scene until late morning looking for clues and checking surveillance video.